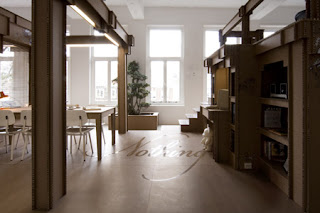 The Dutch have done it again. Joost Van Bleiswijk has designed an amazing new office for Amsterdam advertising agency, Nothing, made entirely out of reinforced cardboard. Now a cardboard office would be one accomplishment, but this creation uses NO GLUE, NAILS, SCREWS OR "FIXINGS" meaning all 1500 pieces are affixed using only slots and grooves. Apparently, Joost has used this production method in the past to create a number of objects out of several different materials. In addition, the office is made completely out of inexpensive, recyclable, throw-away resources: Cardboard boxes.

While I don't work in an office, this would be an awesome space in which to spend 40 hours a week. Read the rest of the story from DEZEEN. 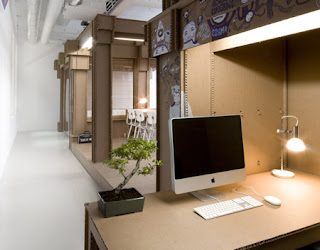 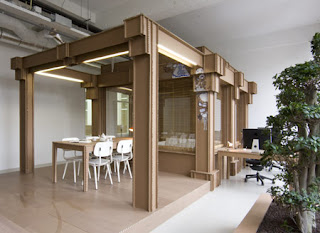