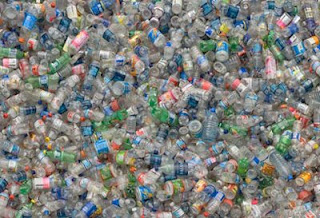 NPR reported this morning that bottled water sales are down for the first time in years. It's not a big loss mind you, Americans bought 11 billion in 2008, but the 1% decline last year is in stark contrast to the growth in water sales over the last decade. It is because of this recent downturn that people are wondering if the new numbers are simply a sign of tough economic times or the product of environmental concerns. Regardless of the ratio, there seems to be some effect from the environmental backlash against the production of plastic bottled water. While it's true that Europe still constitutes are large portion of the water industry, they don't have reliable water from their taps. In the U.S., we've adopted this European "water culture" even though we have great tasting water in most areas of our country. What's more, a recent test at the University of Hartford concluded that Americans (in Hartford anyway) can't tell the difference between tap water and bottled water, including even "high end" bottled waters. Of course the true test will be to see what happens to b.w. sales after the recession, but so far the numbers look promising. (via NPR) 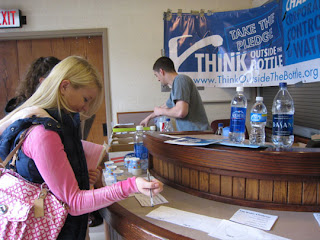