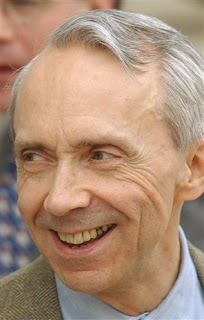 All this talk about Justice Souter's replacement on the Supreme Court has brought the conservative rhetoric machine to life.. sort of. As if Americans know what "activist judge" or "judicial activism" even mean, Republicans have been hitting the talk/news circuit to pre-emptively decry Obama's upcoming choice as an "activist" based on a single word he used to describe a qualified candidate.. empathy. Apparently empathy=activist judge. Even if that was true, why is no one talking about the massive, necessary changes that have occurred in our country thanks to judicial activism? Here's my TOP THREE JUDICIAL ACTIVIST SUPREME COURT DECISIONS:

2. Brown V. Board of Education (1954): SEPERATE IS thankfully NOT EQUAL. This decision marks the beginning of the end of segregation.

In closing, activist judges can be liberal OR conservative (see Dred Scott V. Sandford, Lone Wolf V. Hitchcock, U.S. V. Lopez). The big issue with the upcoming nomination of Justice Souter's replacement is whether or not he/she will uphold Roe V. Wade, i.e. is he/she pro-choice. The details concerning abortion rights can make for a tough conversation, no doubt, but DOES UPHOLDING A SUPREME COURT DECISION FROM 1973 MAKE ONE AN "ACTIVIST"? I don't think so, but more importantly, should we be chastising the decisions that shaped America thanks to this activism?
Posted by AVW at 8:34 PM

it's good to see your getting into Social Media. You need analytics and some more links... looks good, so far. Nice job! See you tomorrow.

Why didn't YOU go to law school? I think you put forth an admirable list, though I bet Morse v. Frederick (better known as Bong Hits for Jesus) would also raise your ire.