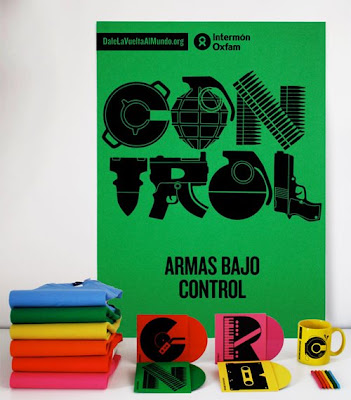 Oxfam International is a confederation of 13 like-minded organizations working together and with partners and allies around the world to fight poverty and injustice. In their honorable quest, Oxfam has employed the help of Barcelona design firm HEYStudio to make their image and ideas more acceptable (and handsome) through quality design. While an organization like Oxfam can truly benefit from these design upgrades, their cause and the impoverished people of the world are the real winners. (Too much? A bit dramatic, but true regardless) HeyStudio says:

Branding project for Intermón Oxfam. The aim was to renew the image of Oxfam and create an emotional link between the association and its young target. To create a more visual language, the letters are converted into illustrations, which increases the signification of words and create a own graphical personality, direct and reinvidicative. Titles are reduced to one single word to communicate quicker and more directly. The all identity is based on one single black colour printed on different colour papers, to facilitate the production and lower costs.

New fact sheet from Oxfam came out a few days ago, read it in full here.
•1 out of 6 people in the world suffer from chronic hunger.
Forty percent of the people on our planet—more than 2.5 billion—
now live in poverty, struggling to survive on less than $2 a day.
• In 2008 alone, rising food prices forced an additional 40 million
people into hunger.
• According to the UN’s World Food Program, the number of
global food emergencies has increased from an average of 15
per year during the 1980s to more than 30 per year since 2000.
• If you were born in the US, you can expect, on average, to live
nearly 78 years. If you live in Zimbabwe, you have only a 43
percent chance of surviving past 40.
• Poverty limits access to education. Globally, 771 million people
lack basic literacy skills; two-thirds of them are women.
• Every day, 25,000 children under the age of 5 die, mostly from
preventable causes.
• While the US is one of the wealthiest countries on earth, over
39 million Americans live in poverty. 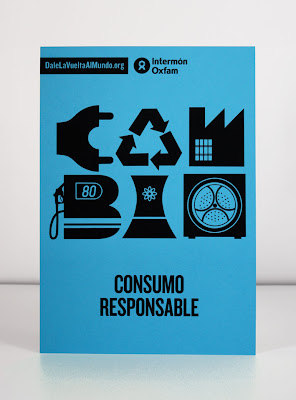 (Via World Famous Design Junkies)
Posted by AVW at 9:27 PM

it's totally bunk that an organization devoted to helping people would waste its time and resources on a branding campaign.

That's a good point, but what if the designs bring in more money for the organization and those they're helping? Technically, HeyStudio put the time in and Oxfam does have to have some sort of branding don't they? Also the single color typography/graphics save money on printing.