NEW SUNSET RUBDOWN TRACK AND ALBUM ON THE WAY 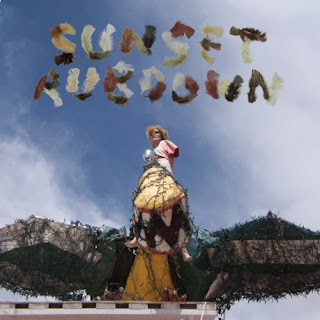 It's gonna be a good summer after all, well late June anyway. The new Sunset Rubdown record Dragonslayer is set for release on June 24th on Jagjaguwar Records. Here's the first leaked track, a promising taste called Idiot Heart. This gem is a bit more straight-forward than usual and builds some anthematic rock-thunder that ends in a hail of spazzy, soaring vocals and synths. (and has a few lyrics you'll recognize from past SR diddies.. what's up with the horses?) If that track just isn't enough, there's also Swan Lake, a super group of sorts that includes Spencer Krug (and Dan Bejar and Carey Mercer), but much more ecclectic and in my opinion, less satisfying.

(via Pitchfork but that doesn't mean I support or even respect the majority of their record reviews)
Posted by AVW at 6:01 PM