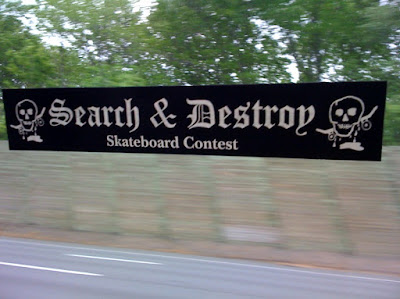 This past weekend, for the third year, I was a part (albeit a very small part) of a growing tradition in New England skateboarding called Search and Destroy. Now, I'm not a fan of skateboard contests, considering the “sport” (I don't consider skateboarding a sport) and lifestyle are based on individuality and have always appealed to those people who don't typically care for team sports and/or rules. Anyway, Search and Destroy is an entirely different type of contest and it goes like this:
1. Get your team together. Ours was/is called Sale Carpet Sale (don't ask) and had 11 members (almost twice the number allowed).

2. Secure a video camera and transportation. (Red Bull payed for two shiny Toyota vans for the team and Identity Footwear and Apparel provided the camera)

3. Get to Nashua, NH on Saturday by 9am with 25$/person and to pick up the always anticipated S&D trick list. (next year)

4. Travel wherever you need to complete the tricks on the list and videotape them all. It's kind of like a skateboarding scavenger hunt if you will, except you might have to pour a beer down your friends throat while you both bomb a hill and/or find a decent ledge to film a 270 cab to backside lipslide (Tony/Zach and Dylan are the proud owners of those gems).

5. Meet up by 4 pm Sunday to turn in footage and skate/eat/drink with the homies. (you have about 31 hours)

6. Months later, go to video premiere where the hundreds of hours video have been whittled into a great movie (by Mr. Andy Gould) and find out which teams completed the most tricks and got the most points (and win the most money/prizes).

A few observations about this past weekend:
Connecticut is simultaneously the richest state in the union and a depressed, boarded-up, shell of a state. While driving through small suburbs of Hartford and New Haven, we witnessed some truly sad examples of areas that are always in a recession. I took a picture of the saddest example: a package store that advertised the beer they sold and their lack of hope for the future. (look closely at the writing below the sign. click on the pics for a larger image)

The new Bristol skate plaza is the business and Academy (Woodbridge, CT) is by far the most accommodating park I've ever skated. Thanks to Patrick for the session (see pic) and the much appreciated roof to sleep under.

An open letter to Connecticut's own Duchess: You make a decent breakfast for a ghetto-rific fastfood place, but why the flatscreen TVs on the menu display? Your appetizing shots of hot breakfast foods on the 30-inch screens looked fantastic but contained no information about your products and only distracted my ADD self from deciding what to order. So I have to ask, can you afford that Duchess? Your name is not fooling me by the way, I see through your lofty ruse to fool rich Connecticut people. (not a bad idea though, nobody ever said money makes one smart) Regardless, your texas french toast was like medicine for a man who passed out on a wooden floor only 5 hours earlier. Also, hash browns are supposed to be cooked, but kudos on the 2 pound serving size.

Dropping into a mini-ramp standing on a log on your board is nearly as impossible as you'd think it would be. (see pic and no, that sure hell ain't me) It didn't help that it rained that morning either, but Justin came pretty damn close to making it.

Thanks to Andy Gould, Red Bull, Identity and of course, Sale Carpet Sale for another great year. 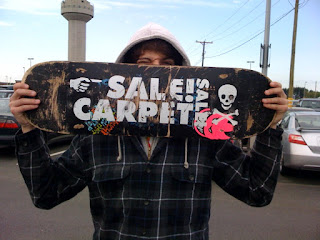 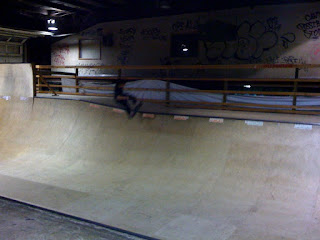 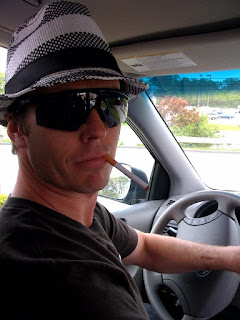 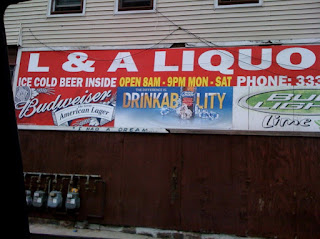 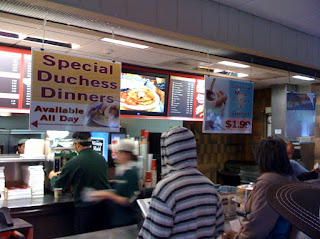 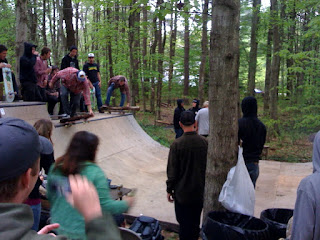