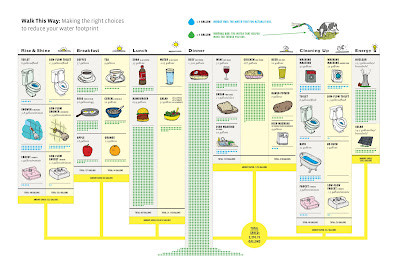 The folks at Good Magazine and Fogelson-Lubliner have collaborated on a series of what they call "transparencies" that help to present important information in a bold fashion and of course, make it easier to digest. I've posted a number of graphic organizers in the past few months and in this visually dominated world, they are becoming more prominent and more effective.

1. THE IMPACT OF OUR DIETS ON WATER RESOURCES (above, click for larger image)
Last post, I commented on Nadeem Haidary's physical information and its potential role in impacting how we think about calorie intake in the United States. I also mentioned how our high-calorie diets not only affect our bodies, but the environment due to the resources necessary to make our food. This transparency illustrates the impact of our diets/lifestyles on our water resources thanks to the Dept. of Energy, H2O Conserve, IEEE Spectrum, and the Water Footprint Network.

Again, beef seems to be the biggest waste of most resources (grains, space, water, sun, energy) and while I don't fault people for eating meat, we can no longer ignore the harmful inefficiency of producing it. 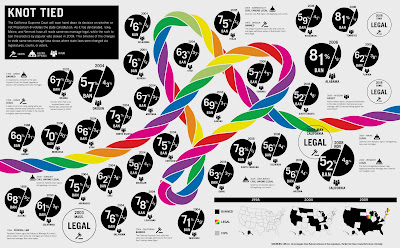 2. THE SAD STATE OF GAY MARRIAGE IN THE UNITED STATES.
New Hampshire just joined the other few progressive states in the union so you can't blame us. 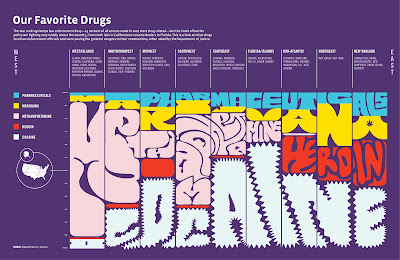 3. AMERICA'S DRUGS OF CHOICE.
For California, it's Meth; for Florida it's cocaine and New England has the nation's biggest heroin problem. However, this is according to the Justice Department, so if their account of the biggest problem drugs is anything like their success in the war on drugs then I would just concentrate on how handsome the graphic is. 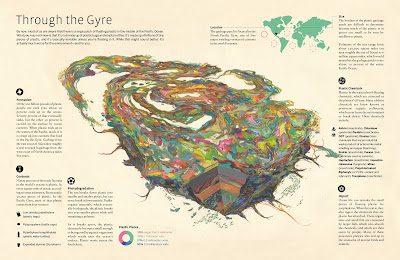 4. THE PACIFIC OCEAN IS THE WORLD'S GARBAGE CAN.
Interesting that when they estimate the size of the plastic-filled garbage mass in the Pacific Ocean, they compare it to Texas. Enough said.