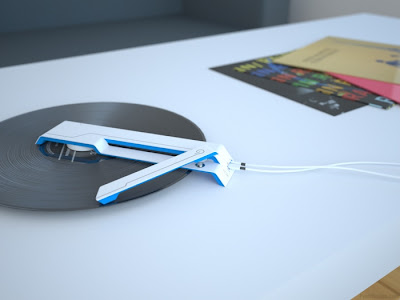 12 years ago, more than half of my music collection was on vinyl. I'd amassed my records for years and it consisted mostly of choice punk/hardcore and hip-hop which, in general, wasn't available in CD format. I'm not even going to pretend everything on my record player was worth listening to, but that's another matter. Sadly, I sold those 7" and 12"s (even 10" and 5"s too) a few years back and transitioned to digital music, which nearly fits on my 30GB ipod. Though, unfortunately mp3/4's don't come close to matching the sound quality and let us avoid a discussion on their lack of album art. Had I known that one day (this past year) Charles Pyott would design the sleekest record player ever, I would be enjoying some 7 Seconds or Chokehold (or Slapshot, see not all good) right now on my side table.

Called the linos, the USB player is portable and can be powered via computer or outlet. It operates using a small motor in the spindle on which you place the record while the arm stabilizes the apparatus. The picture below provides a visual explanation. The linos is not, as far I know, in production right now, but hopefully in the near, near future. Look for it, while I attempt to round up the ol' vinyl.
(via NotCot) 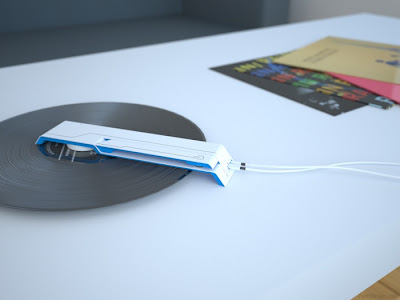 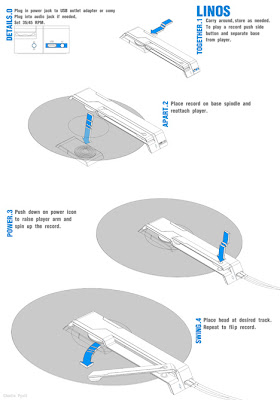 Oy vey! My basement is full of vinyl from the 60's-80's! I would LOVE an arm that is this simple and sweet to use!