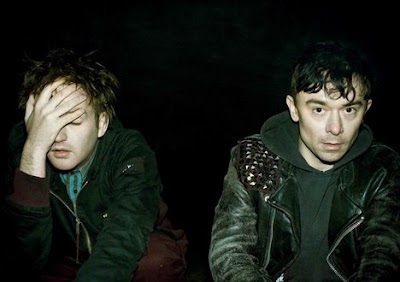 British duo The Big Pink have released the third single off their debut album, A Brief History of Love due out September 22nd on 4AD. "Dominos" is a stadium rocker/electronic gem that will surely invade your skull. I've been humming the uber-simple hook for days and the kids at summer camp think I'm crazier than usual. Also included below is a link to download their earlier single "Velvet," (also on the album) a fuzzed-out, shoegazer jam with an equally big sound and similar lyrics about Robbie Furze's tumultuous love-life. (thus the album's title) The ambitious duo have already toured Europe with TV on the Radio and just booked a world tour even before the release of their first album. Upcoming New England shows include the Paradise in Boston on December 1st and two New York City shows on the 3rd and 4th.