SURPRISE, MICROSOFT'S "LAUREN" IS AN ACTRESS 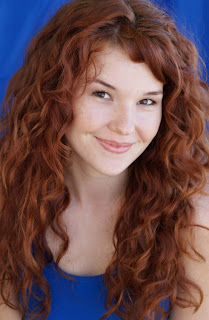 Shocking. The "regular girl" who is given $1000 to buy a new laptop "of her choice" in the latest Microsoft ad campaign is actually a SAG eligible actress with over 20 film/commercial credits to her name. According to her website, Lauren De Long was proud to have booked a "market and research job" that turned out to be the lead "regular" in the commercial (last month she was psyched to be in a 7-11 webisode commercial). However, the Wall Street Journal reported on the story and included this seemingly seedy explanation of the hiring process:

Microsoft’s recruiting process for its commercials is interesting in this regard. Brooks says of the roughly dozen computer shoppers its agency recruited, not a single one ended up spending their money on a Mac. Brooks says he “swears on a stack of Bibles” that the agency didn’t in any way steer the shoppers towards a particular brand of computer or operating system. “Value is on the top of everybody’s mind these days with the economic situation we’re in,” he says.

FIRST, if T.V. viewers actually believe this girl is just a "shopper", shouldn't it worry Microsoft that she immediately went to a Mac Store First?! She obviously knows where the better computer is, but only upon leaving with no macbook (too expensive), she bitterly proclaims that she "isn't cool enough for a mac".

SECOND, Microsoft hired the girl for a "market/research" job so of course she was going to pick a computer that uses the operating system of the COMPANY THAT HIRED HER. I hope they didn't swear too many times on those bibles.

Once her identity was discovered, several Mac users volunteered to give Lauren their 17" Mac Books (her required screen size that eliminated Mac from her price range) so the poor girl didn't have to go through life using Windows. (Despite her "freedom" in choosing the laptop, she declined to talk about Mac/Microsoft comparison since she had to sign a non-disclosure agreement) (via Gizmodo) 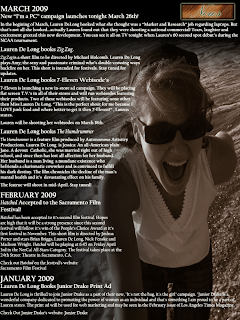 oh come on. anything coming out of gizmodo has an obvious mac-slant. thats just a known fact.

they would just as soon shut their doors then bad-mouth the oh holy apple.

i take everything from them with a grain of salt when it comes to the pc vs mac war.

Sorry, I have the same slant and Microsoft will get no mercy from me. I cited the sources where I got the real info (ie Wall Street Journal and Lauren's website), so the story would have been no different with or without gizmodo. In fact, I would say mine is MORE harsh than theirs. Without insulting them, my story has more info and analysis (did I just use the word analysis when referring to my blog?). With that said, is this story any sort of surprise? Not a chance.

Of course she went to a Mac store first. What kind of "happy ending" would it be otherwise?

Seriously, it wouldn't make much sense to go to the place with the laptop you decide on first, would it?