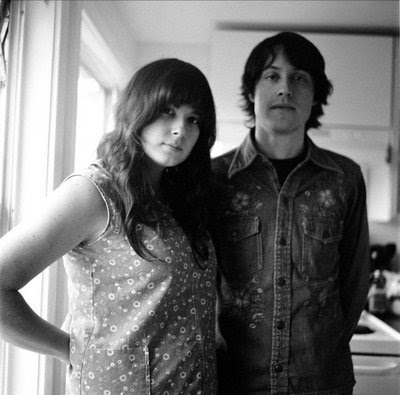 While Black Mountain is a stoner-rock colossus, few people have paid their due in proper to Lightning Dust, the side project of BM's Amber Webber and Joshua Wells. Their self-titled debut album came out a few years back to decent reviews but predictably, their priorities were BM and so LD (abbr's r fn) seemingly got the shelf. This August, Jagjaguwar is set to release their second album, Infinite Light and judging from the first single, their comeuppance. Though their earlier work was mainly piano-driven, suitably sad and sparse; Infinite Light already exhibits a thicker, busier, poppier, (slightly) electronic sound that will surely bring recognition to their psych/folk-pop sound and certainly, a greater audience. Download "I Knew" here and count the days until the 8th month.